A: I saw the people being put on the trucks. The truck started; and when it was on the road, a jeep started riding behind it. Inside there were soldiers with open doors, ready to intervene should somebody decide to jump off the truck. I was told to ride behind them until we reached a certain place where I was supposed to unload the rest of the juices andfood that I had my van. So we arrived up there; the truck stopped. The police and soldiers - I don't know - had more of a fierce attitude as they were ordering them to get off. This is where the main asphalt road is for Krizanovici [phoen] and Kitovnice villages. The truck stopped there and they were getting off the truck, and it's more towards the road leading toward the railroad. They -- they marched them next to a heap of corpses, and it was then that I realised that it wasn't actually an exchange, that it was something horrible.

They lined them up there. A group of soldiers, men, four, five, six of them, stood there. The others stood; and when they were given on order to shoot, they shot and the others fell; and then they took out several groups - I don't know. One, two, three groups - and then they were done with them there. Shall I continue?

A. And then in my mind something terrible, something unheard of happened. Something that I have not been able to forget until this day, and will never forget. I developed diabetes after this, just because of thinking of what a man can do to another man. This is where these people were shot to death.

When giving my statement, no matter how many times you watch atrocities on -- in various movies, documentaries, and so on, no matter how many horrible books you read, books that make you cry over somebody else's fate, let me tell you it's nothing compared to what one can experience oneself, as I did there.

I developed diabetes after that.

In that heap, in that pile of dead bodies, who did not resemble people any longer, this was just a pile of flesh in bits, and then a human being emerged. I say a human being, but it was actually a boy of some five to six years. It is unbelievable. Unbelievable. A human being came out and started moving towards the path, the path where men with automatic rifles stood doing their job.

And this child was walking towards them.

And then all of a sudden they lowered their rifles and all of them, to the last one, just froze. And it was just a child there. Had it been a person of 70 or 80 years old, it would have been horrible, let alone an innocent, sweet child.

And the child was covered in bits of bowel tissue of other people. Later on in the hospital in Zvornik, the doctor showed me, he said, "Sir, this stinks." And back at the time I didn't feel the stench. I didn't even feel it as I was driving the child. I only felt it afterwards, after everything had happened.

This gentleman -- I apologise, I used the word gentleman. This officer, I think he was lieutenant-colonel. I'm sure he was lieutenant-colonel or colonel at the most. I cannot get up here, although I would like to illustrate this to you. I would like to give you a descriptive impression. And he was like the most arrogant person who
turned to the men, the soldiers, and said, "What are you waiting for? Just finish him off." And then these very men who had no trouble killing people earlier, said to him, "Sir, you have a pistol yourself, so why don't you finish him off. Go ahead, because we can't do that."

All of them who were there were simply speechless; then the officer said, "Take the child, put him on the truck, and take him down there; and then bring him here with the next batch and then he'll be finished off."

I was there. I was completely powerless. I was an outsider there, a logistics person, and I was there with a job just to keep quiet. I had nothing to do with what was happening there. They were executing people, and my job was just to bring in supplies; and then they took the child, not the men who were finishing off the people, no. The others took the child by the hand. Yes. And as the child was emerging out of the pile of those who had been executed, he was saying, "Baba," this is how they call father. He was saying, "Baba, where are you?" The child was in shock.

They took him to the truck. The child, knowing that he had been on that truck earlier, started convulsing. He was shaking and saying, "No, no. I'm not going to do it." Then I intervened in order to assist everybody, including the child. And I told them, "Listen, I'll turn the lights on in my van, and I will put the music on so that I can divert his attention from all of this that's happening. I'll turn the radio on," because I wanted the child to come to his senses. He was completely lost he didn't know what was happening and who he was. I said, "I will try to take him wherever you want me to take him." So I came into the van and I put the light on, because -- and it helped the child because to him everything was just pure darkness. And I put the radio on, the local radio station, with the music that was familiar to him, and I did this to allow him to recover, to come back to his senses. I said to him, "Come here, come here, come to me." I said, "Look. I have light on, music on."

All of a sudden he took me by the hand and came to me.

And then I -- I got into the car, I -- I left him alone for a second, just because I had to turn the car on, and I put the music on, and then we went back with the rest - you know who the rest were - so that the next batch could be finished off.

From this place, which is called Orac, there is a water source there, water fountain, known as Orac. I drove to the elementary school, to the gym. And as I was driving down there, I knew that I should not leave him there. I knew that I could not leave him there. Since I had completed my task, I distributed the food and other supplies. And I was supposed to leave the child there but I couldn't do that, and I thought maybe I should drive to the barracks in Karakaj, the Standard barracks.

There was a health centre for lightly wounded soldiers or somebody who had flu, you know, who were lightly ill. At first I thought I should leave him there in the health centre. As I was driving to Karakaj, I was thinking to myself, and I was thinking, "What if I leave him there at the military facility. I need to explain to everyone how I came across this child." And I didn't dare tell people about the situation. I didn't even dare tell my friends about what had happened at that site.

So I decided to go to Zvornik instead, to put him in the hospital. I knew he would be registered there, and once he was registered then there was no chance for anything else. I was aware of what I was doing. I knew that I was even perhaps risking my own life; because if that man was ready to kill a huge amount of people, then he would certainly be ready to kill. "God forbid, God forbid," I said. I can't continue.

JUDGE AGIUS: Mr. Zivanovic, I saw you rising earlier on. Is it the transcript?

MR. ZIVANOVIC: [Interpretation] Thank you, Your Honours. In the transcript something was omitted, something that the witness said; namely, that it was evening and that it was dusk. 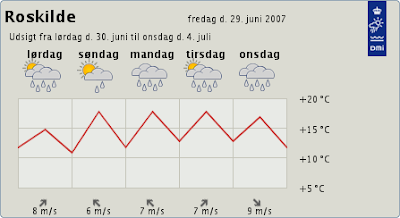 "Contact Earth is a system which allows the electrostatic energy accumulated throughout the day to discharge and at the same time allows you to be in contact with the earth energies."

"Camper is not a shoe. Camper is the result of a dream."